This is the exterior of a town home I was asked to inspect. During the inspection, I ran into a neighbor who told me that the roof of another garage, identical to the one pictured above two buildings down, had collapsed the previous winter under a snow load.So, I decided to keep my eyes wide open as I went through the garage. 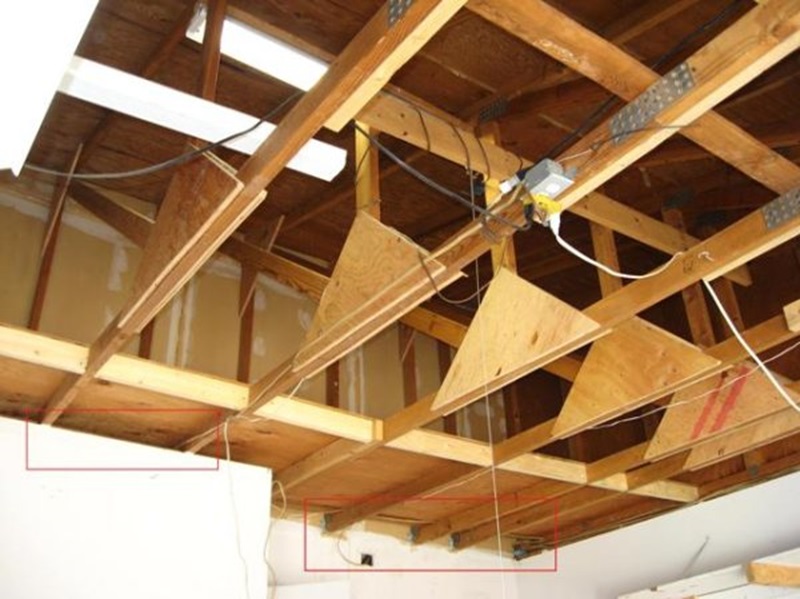 Above:  trusses and truss connections

Some defects you have to search for, and some are pretty obvious. These first two defects were obvious from the doorway:

Trusses cannot be altered in any way without the approval of a structural engineer. When you see plywood gussets added at truss connections like these triangular gussets, then an alteration of some sort has obviously been made and you have to recommend evaluation by a structural engineer.  So, that condition went into the report.

Trusses are designed to bear loads at very specific points. Typical roof trusses should not touch any interior walls and should bear only on the exterior walls. The two trusses at the left of the above photo are bearing on an offset portion of the garage wall.A portion of the structural roof load was being transferred to the bottom chords of the trusses at a point at which they were not designed to support a load. 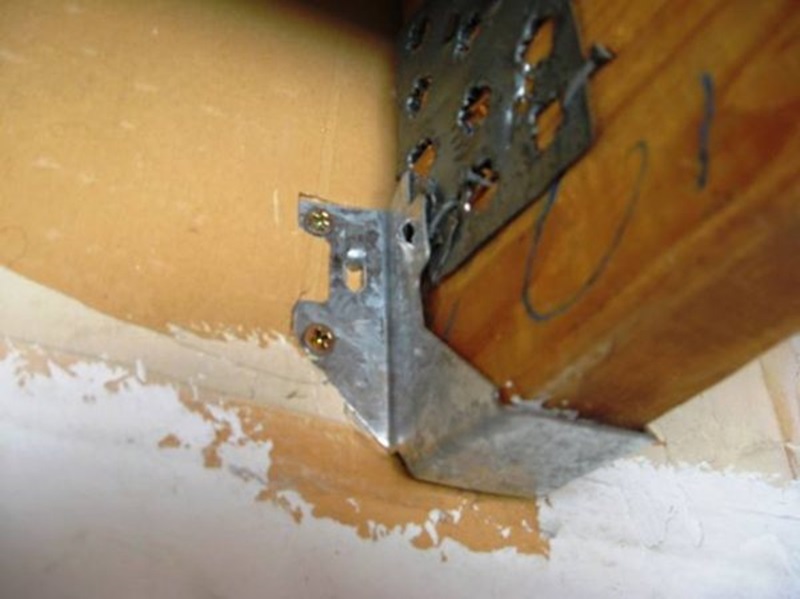 Then I walked over and looked more closely at the connections where the trusses attached to the wall and found these problems:

These trusses would have best been supported by bearing directly on wall framing. The next best solution would be an engineer-designed ledger or engineer-specified hardware. And that may have been how they were originally built, but by the time I inspected them, 24-foot roof trusses were supported by joist hangers designed to support 2×4 joists. The hangers were fastened with four gold deck screws each.

Shear force is what’s used if you take a pair of heavy-duty wire cutters and cut the fastener. Fasteners designed to resist withdrawal, such as deck screws, are weak in shear resistance.So, there were drastically undersized metal connectors fastened by badly under-strength fasteners.To make matters worse, the screws were fastened through drywall, which doesn’t support the shaft of the screw and degrades the connection even further.

And, once I looked really closely, I found more truss alterations. The gangnail had been pried loose and the spikes which form the actual mechanical connection were destroyed. In their place were a couple of bent-over nails. This condition represented a terrific loss of strength and this roof, too, was a candidate for catastrophic structural failure.

In summary, look carefully at connections for problems which may lead to structural issues, as some are more urgent than others.  Be sure to call these out in your report. Also, all electrical receptacles in garages must be GFCI-protected, without exception.

Hope you’ve enjoyed this great article from our friends at InterNACHI! Feel free to give South Country Home Inspections, Inc. a call at(386) 283-6548 or visit our website at https://home-inspection-palm-coast-fl.com/to find out what type of services we offer. We would love the opportunity to inspect for you! 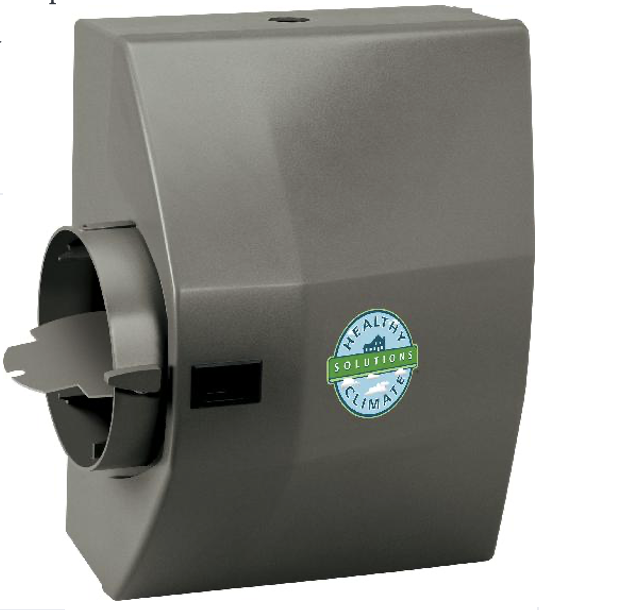 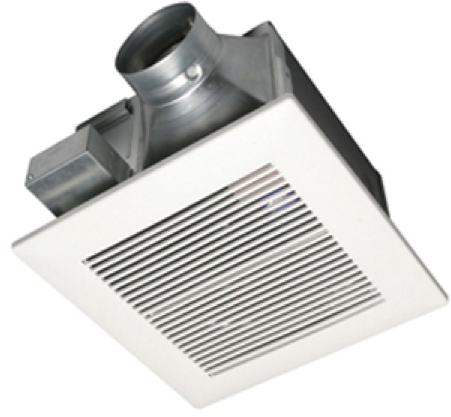 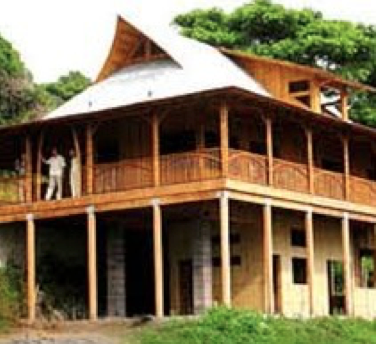